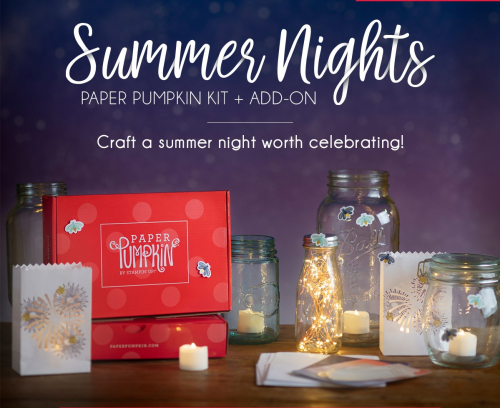 And, the winner is BETH THOMPSON!  Yea, Beth!  I will be sending your SUMMER NIGHTS PAPER PUMPKIN to you on Monday.  Beth lives in Tennessee so it will take a little while to get this Paper Pumpkin box full of fun to her!  Be sure to keep checking my blog for more Paper Pumpkin information ~ I had so much fun reading your comments that I think I will do this again in AUGUST!

Want your very own Paper Pumpkin ~ sign up HERE!

I received this beautiful card in the mail yesterday from Katy Bryant.  It reminds me of the cards that I posted yesterday, the ones from the Boho Indigo Product Medley.  It isn't but an original Katy Card.  Thank you ~ love getting happy mail! 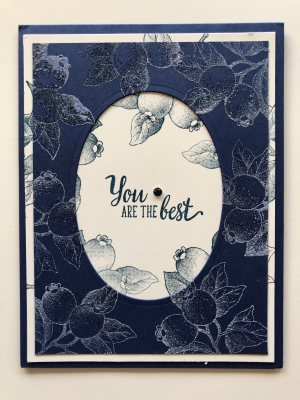 I have been working on a swap yesterday and today so, with your permission, I will deviate from my usual posts.  The swap I am working on is one I will send to my friend, Kim Williams, in Pennsylvania on Monday.  We were both on Stampin' Up!'s Advisory Board years ago and she is the chief swap organizer ~ an amazing lady.  One of many amazing women that I know which reminds me of the graphic below ~ fabulous colors, artwork and a great quote.  I count all of you in my wonderful circle of women.  Thank you for being part of my life and my crafts! 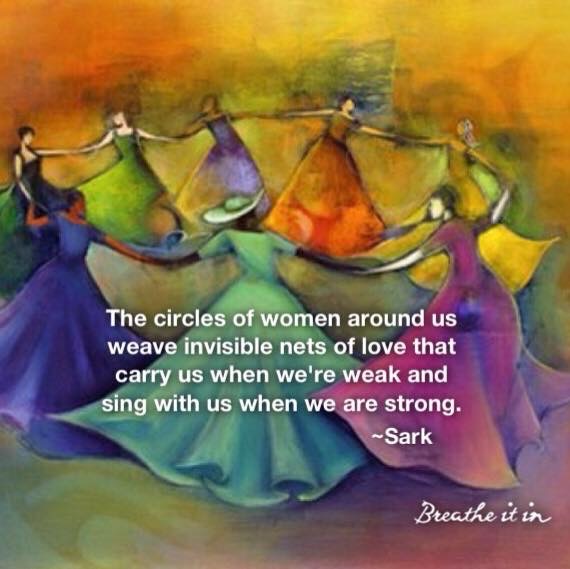 The wonderful TABS are from POST-IT and I bought them at Office Depot/Office Max.  They are repositionable and you can write on them!  Across the top of my catalog I wrote the name of the suites ~ 'Playful Pets', 'Peony Garden','Whale of a Time', etc.  Down the side of my catalog I wrote supply categories ~ 'color', 'DSP', 'Tools', 'Ribbon', etc. 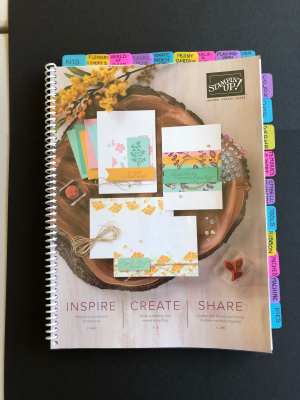 The tabs will save you so much

searching time ~ you will be pleasantly surprised!

Thankful for our freedom.  Thankful for friends like Phyllis Johnson ~ both of these cards are from her.  The top one arrived last year and the flag, below, this week.  The flag has beautiful glimmer paper stripes.  Thank you, Phyllis ~ love my cards! 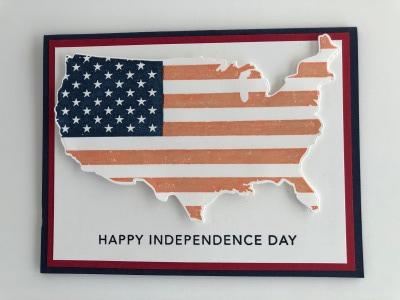 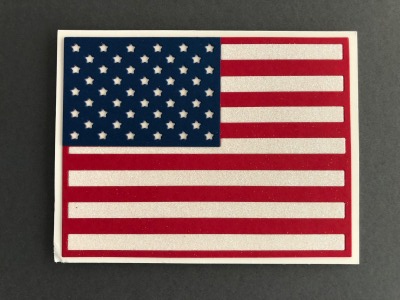 We continue to monitor news of COVID-19 and account for its possible impact to several business aspects that will affect demonstrators (manufacturing, transportation, travel, events, etc.). The health and safety of demonstrators and staff is important to us and we appreciate your partnership and patience as we work to address this global issue.

We are doing all we can to mitigate the impact to your business, including air freighting products when possible. Each week we will update the list below with the products in your market that we know will be (or already are) affected by these delays:

One o'clock stamp club on Sunday afternoon ~ so much fun looking at the new and learning from the members of this club.  I love to find out what questions you might have about the products in the new catalog.  Anyway, my friend, Julie (a member of the club) had a question about the GOLD FOIL SHEETS on page 153 in the catalog.  These sheets come in Brass (new), Champagne, Cooper, Gold and Silver.  She had been asked to make a special 'card' ~ a gold watch for someone who is retiring!  She had pictures on her phone of what she had created and it is an INGENIOUS RESPONSE to the request ~ see what you think............thanks for sharing Julie!!!! 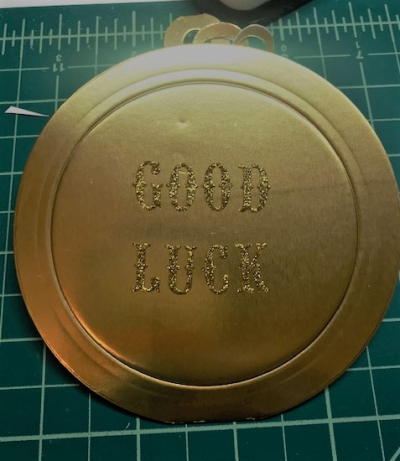 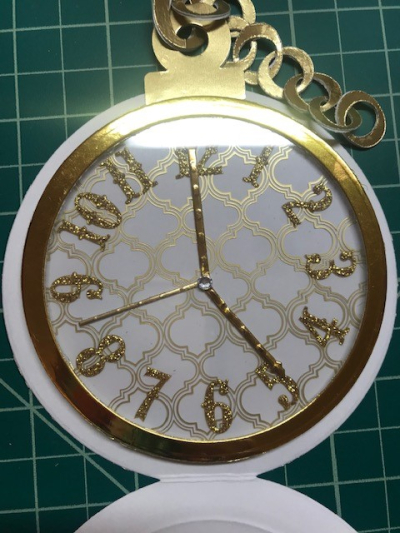 Update from Stampin' Up!

We have heard concerns about the continued delay on Memento and StazOn ink products. Back in February, we placed additional orders for these products and airfreighted inventory to our distributor in Washington, United States. Unfortunately, the inventory arrived in King County, Washington (where our distributor is located) just before the state of Washington shut down for quarantine. This county is still under strict guidelines and we do not know when the distributor will reopen and send the inventory to our North American distribution center. We will update you as soon as we receive additional information.

Here is a snail card I made from scraps. So easy. I made some for the

Boys, green yellow and orange. Punches made the googly eyes.

Then the Lego card. Once I made the third one, I got a system going and

They got easier. BUT, I won’t make these anytime soon. They take 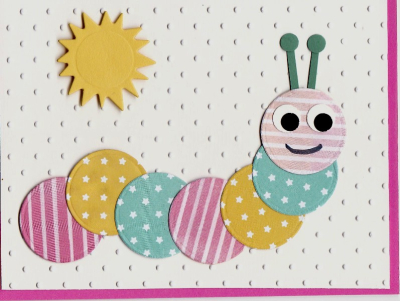 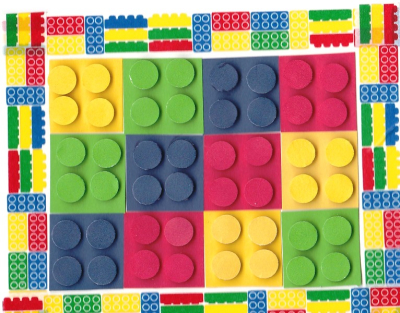 Diane is an avid stamper and has been for years.  She donates all the cards she makes.  In fact, that's how I met her.  She was featured in an article in the newspaper because, at the time, she was making cards to send to our troops.  I asked her where she sends her cards now and this was her response !

I send the cards to Card Care Connection based in St Louis MO. They are sent to cancer patients.

There is  a web site. ( Card Care Connection ) I joined them in August 2016 after Operation Write

November 2019.  This is something I enjoy and my craft room will attest to it!  Thank you.  Diane

On Easter Sunday, by invitation of the City and of the Duomo cathedral of Milan, Italian global music icon Andrea Bocelli will give a solo performance representing a message of love, healing and hope to Italy and the world.  1;00 PM, Music for Hope, YouTube. 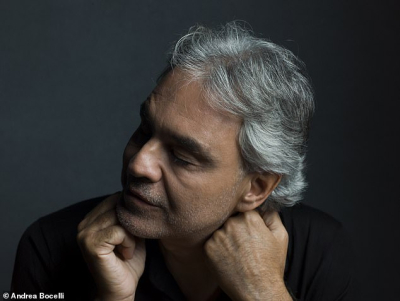 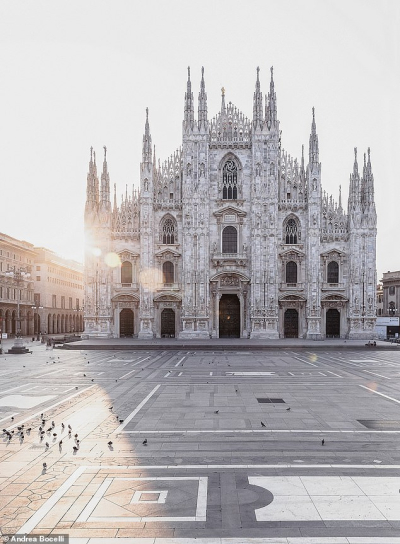 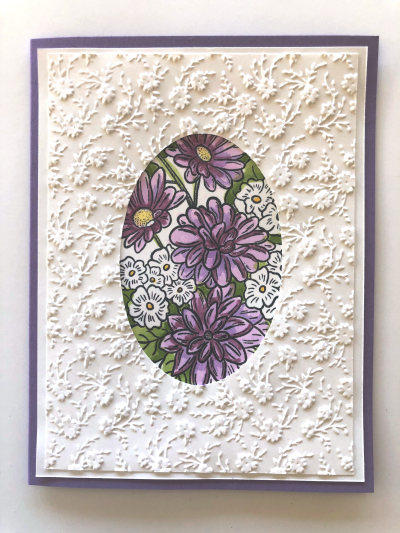 ADDITIONAL INFORMATION ON THE CATHEDRAL 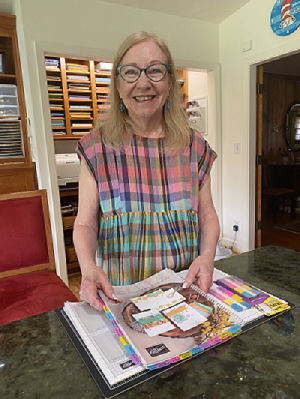 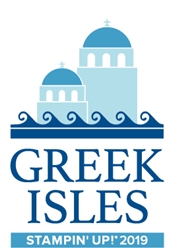 This is My Personal Blog